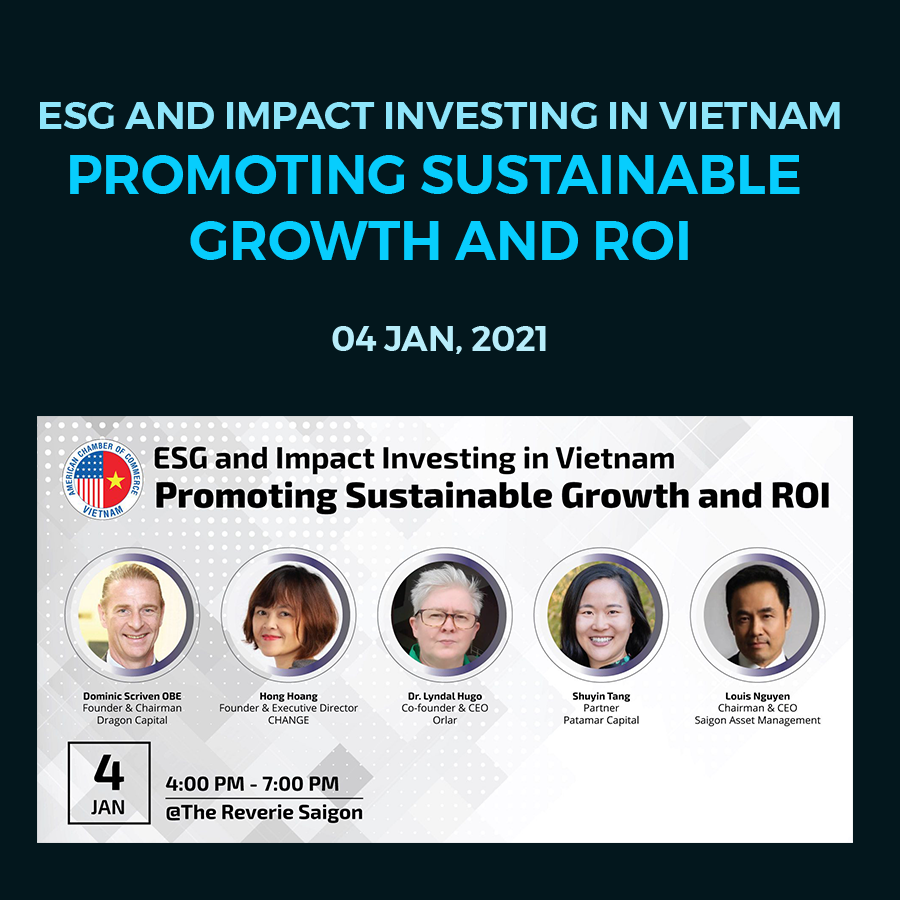 ESG and IMPACT INVESTING IN VIETNAM

The event ‘ESG ( Environmental, Social, and Corporate Governance) and Impact Investing in Vietnam – Promoting Sustainable Growth and ROI’ was hosted by the American Chamber of Commerce in Vietnam (AmCham Vietnam) and Saigon Asset Management (SAM) on January 4th 2021, at The Reverie Saigon Hotel. The event aimed to provide detailed information about ESG in the context of investors, environmental activists and founders of non-governmental organisations. When following the ESG trend, companies and investors are more focused on integrating ESG’s criteria in oriented development and evaluating the potential investments.

The event was very successful and included the participation of experts:

Some topics and challenges were discussed in the event: